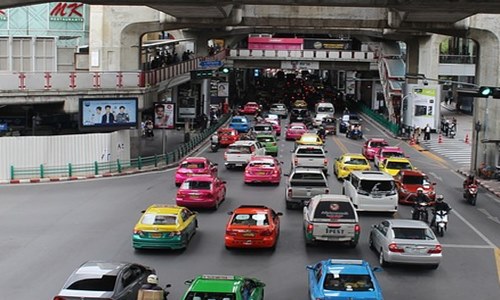 Didi Chuxing, a Chinese transportation company, has recently launched a robotaxi service trial in Shanghai. This launch happened in line with the installation of the Vehicle to Everything (V2X) hardware across the region.

Under the self-riding service trial, Didi customers in the designated areas will reportedly be provided with on-demand rides using the AVs (autonomous vehicles) of Didi. The users must set the arrival and departure points within 53.6 kilometers on the designated roads of the Jiading District in Shanghai. The company has also deployed safety personnel on the vehicles to rapidly respond to emergencies and be in control of the steering wheel of the vehicle whenever necessary.

Additionally, the Softbank-backed ride hailing company has installed various equipment at major junctions in the designated area to prevent blind spots while driving. V2X hardware enables AVs to communicate with the surroundings.

As per the statement made by Didi’s chief operating officer, Meng Xing, the equipment will be adopted mainly by the company’s cars. However, several other transportation companies would be able to have a connection to the system. Mr. Xing further added that the wider rollout and installation of the equipment would require the approval of the government.

According to the chief executive officer of Didi, Cheng Wei, the ride hailing company is expected to significantly use AI (artificial intelligence) to enhance the urban transit system’s transport efficiency, safety, and security. He further stated that the autonomous vehicle (AV) technology will, however, take at least a decade of the ongoing investments to become a critical technology and pass the business & regulatory milestones. This advent of self-driving and the expansion of the autonomous industry will also offer new job opportunities.

Didi’s chief technology officer, Zhang Bo, has stated that the company will assign orders to both robotic and human drivers as the AVs are functional only in certain areas.