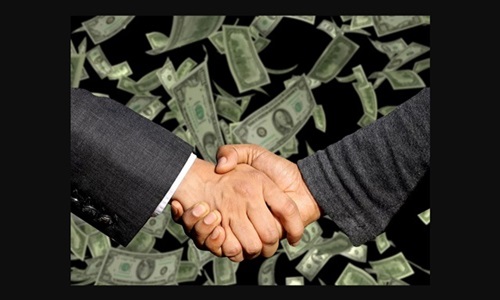 India’s top telecom operator Reliance Jio Platforms has ceded a share of 1.34 per cent to New York based private equity firm General Atlantic for a value of $870 million. This investment in Jio follows fellow American investors Facebook, Silver Lake and Vista Equity Partners. With a total sale of 14.7 per cent of its stake, Reliance Jio has raised a revenue of $8.85 billion in the last month.

General Atlantic’s proven global expertise and strategic insights into technology investment across forty years are expected to help Reliance in fulfilling its vision of creating a digital society in India, says Mukesh Ambani, the Chairman of Reliance Industries.

Launched in 2016, Reliance Jio Platforms has created a subscriber base of 388 million with its cut-rate data plans and free voice calls over a period of three and a half years. The telecom operator also provides other services including its music streaming platform ‘JioSaavn’, smartphones, broadband, payments service and on-demand live television service.

According to Sandeep Naik, MD and Head of India and Southeast Asia at General Atlantic, Reliance Jio has created a revolutionary impact in the domain of Indian digital services with a national vision to emerge as a major global digital economy.

Sources claim that the new capital would help Reliance to solidify its previous year’s commitment of cutting its net debt of $21 billion to zero by early 2021. In the company’s earnings call last month, Ambani has been quoted to state that, following the deal with Facebook, several investors have been keen to buy stakes in Jio Platforms.

General Atlantic is a high-profile investor in consumer technology and has invested in a number of firms including Alibaba, ByteDance, Facebook, Snapchat and Uber. It has also invested in several Indian start-ups such as NoBroker, Unacademy, BillDesk and National Stock Exchange of India. Having invested as much as $3 billion in India till date, the equity firm plans an additional investment of $1.5 billion in India in the consumer tech category.