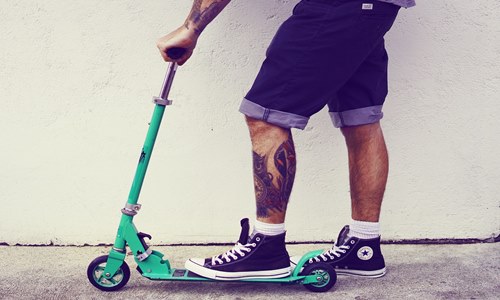 Bird, the scooter-sharing startup based out of California has decided to shut down its operations in the Middle East. The operations were being managed by Circ, a startup acquired by Bird in January 2020. Reliable sources within the company have revealed that since the shutdown of operations, about 10,000 scooters have been sent for recycling, and approximately 100 Circ. employees have been laid off.

This move from Bird comes 6 months after the company decided to expand operations along with its European partner Circ. The shutdown decision made by Bird will affect Circ’s operations in the UAE, Bahrain, and Qatar.

Sources have revealed that approximately out of the 10000 scooters to be recycled, 1000 were new and have been sent to EnviroServe, a company based out of UAE that recycles electronic and other products.

Bird has released a statement saying that it plans to restart operations in the fall and has merely paused operations for the time being. The company is still operational under its brand name in Tel Aviv, Israel.

Bird says the company’s decision to recycle Circ scooters were taken with regards to rigorous quality standards and wear and tear on the scooters. The statement also revealed that selling or re-use of these vehicles wasn’t possible because of the wear and tear on them which would result in reliability and safety problems and would be highly unethical.

Circ. is a German micro-mobility startup and was founded as Flash by Lukasz Gadowski before it was rebranded in 2019 when it received a funding of €55 million and expanded to Europe and the Middle East soon after. Like other scooter companies, Circ. also faced problems in 2019 and laid off employees in Berlin during November last year. Hundreds and thousands of scooters have been scrapped across Canada, America, Europe, and the Middle East as companies in this sector look to scale back operations due to the COVID-19 pandemic.